You should think about having a mold specialist check it out if the home inspector finds mold or fungal growth on the trusses, during the home inspection or new construction inspection. Mold exposure can have more effects to some over others. Some may be allergic to even dead mold particles while the wood installed may dry out. In sensitive individuals, inhaling or touching mold or mold spores may cause allergic reactions according to the EPA. An allergic reaction can be triggered by both viable mold and dead mold. Fungal growth on trusses can be a serious issue for some people. Since fungal growth can be detrimental in many ways, home inspections are essential. Today, we at JMark Inspections would like to elaborate on the fungal growth on the trusses.

Mold Can Grow on Wood Framing & Trusses During Construction

Because of the cellulose in it, the fungi are attracted to wood, which allows the fungi to feed and spread. This occurs because the wood was left out in the rain or on the ground frequently. It often is at job sites since wood should never be stored directly on the ground.

Moisture Can Cause Mold to Grow on Wood

The fungi growth can be caused by at least 30% moisture level in the wood. If there is more rain than usual, it can be shorter though it can take up to a week to happen.

Also contributing to the fungi growth is the temperature outside. With 70-90 degrees being the most favorable, fungi like temperatures between 50 and 90 degrees. It is rather quite common for Houston to experience such temperatures.

Is Oxygen a Condition for Mold to Grow?

Fungi need oxygen to grow just like humans need oxygen to breathe. The sun usually comes out and then dries it out once the rains soak the wood. The fungi now love the wood even more as it is no longer water-saturated and can grow, however.

Is Wood Rot a Fungus?

Fungi is a wood destroying organism that has many types including brown rot, white rot and soft rot.
Brown rot, aka Dry rot. Leave a residue that is brown called lignin as the fungi breaks down the cellulose in the wood. The wood weakens before the decay is seen, unfortunately. This is not good as it can cause shrinking, cracking, and crushes to a brown powder if the wood in the trusses has brown rot.
Soft Rot. Being frequently green and creates a softening that is 3-4mm deep, soft rot attacks the water saturated wood.
White Rot. White rot on wood eats away at the cellulose and lignin and makes the wood appear whiter than normal. Though it can decay softwoods as well, it usually attacks hardwoods.
Mold Fungi. On the surface, this may start as green, brown, yellow, brown, or black powder. To show this within 5-6 days, wood that is outside in the elements and humid air can start to grow fungus. It makes the wood more susceptible to soaking up the moisture, thus the decay fungi have an easier time taking over, however, the wood strength is not lessened.

JMark Inspections have qualified experts that look for any signs of mold and other concerns during our home and commercial property inspections. Call us today to get started! 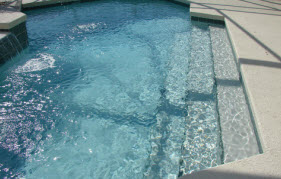